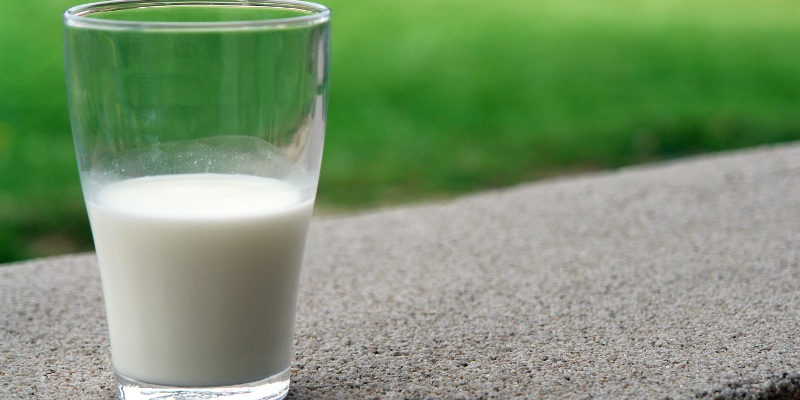 Fermented foods are not generally part of the current Western diet, however there are many benefits in consuming these foods and there can be specific benefits for ostomates in particular.  Firstly, however, let’s have a look at what fermented foods actually are.

What are fermented foods?

Fermented foods have played a major role in many traditional cuisines from Germany, Bulgaria, Russia, Korea and Japan, but are not considered an essential component of our modern day diet.  Prior to industrialisation, the Europeans frequently consumed milk in a fermented state as yoghurt, cheese, curds and whey etc, but it wasn’t until the 1930’s that physicians began to notice the healing properties of these foods.  Without pasteurisation or refrigeration, milk naturally sours and separates spontaneously.  However, prior to the invention of these modern facilities, foods were fermented as a means of preservation.

This was achieved via the process of lacto-fermentation using beneficial lactic acid-producing bacteria.  The lactic acid produced by these bacteria is a natural preservative that inhibits the growth of putrefying bacteria.  When the bacteria have produced enough lactic acid to inactivate all the putrefying bacteria, the milk is effectively preserved from spoilage for several days or weeks.   In the case of cheese, which undergoes further fermentation of a different type, preservation is sustained for years. Yoghurt is the fermented milk product that we are most familiar with in our modern society.

Kefir is another form of fermented milk that originated in the Caucasus Mountains on the border of Russia.  Prior to the 1930’s the Nobel Prize winning bacteriologist Elie Metchnikoff identified that Bulgarians who ingested large quantities of fermented milk enjoyed a longer lifespan than most, with little to no known disease.

Kefir is prepared by culturing fresh milk with kefir ‘grains’, which bear no resemblance to cereal grains but instead are bacteria and yeast existing in a symbiotic relationship.  They have small, soft, gelatinous bodies that resemble tiny, cooked cauliflower florets.  Fresh milk is added to the kefir grains and left at room temperature for approximately 24 hours to ferment.  Once fermentation is complete, the cultured milk product is strained to retrieve the kefir grains for re-use and the process is repeated.  Milk kefir can also be made using a powdered starter culture.

Kefir can also be made from water ‘grains’ immersed in sugar water, juice or coconut water that produces an effervescent, slightly alcoholic beverage that tastes like dry lemonade.  The grains used to make water kefir are small, translucent, gelatinous structures comprised of an assortment of bacteria that give them a crystal-like appearance.

Some examples of common fermented vegetables include:

Sauerkraut  – Produced principally from fermented cabbage via the lacto-fermentation process.

Kimchi – A traditional Korean fermented food made from a variety of cabbages and chilli.

Kombucha – A sugary tea that is fermented to make a fizzy, slightly sour but sweet, mostly non-alcoholic beverage that is low in calories and sugar. It is reported to boost the immune system and detoxify the body.

Tempeh  – A traditional fermented food made from soaked and cooked soybeans inoculated with a mould.   After fermentation, the soybeans are bound together into a compact cake.  The mould helps to synthesise enzymes that improve the nutritional quality of the food.

Miso – A fermented soybean paste made by steaming soybeans and a grain, then adding a fermentation starter and allowing it to sit in cedar vats for 18 months to 2 years.  Complex proteins, oils and carbohydrates are broken down during the fermentation process into more easily digested nutrients.  Miso is a dietary staple in many Japanese cultures.

Natto – Another traditional Japanese food made from fermenting soybeans with a bacterium. It is often eaten as a breakfast food, but is considered an acquired taste due to its pungent smell, strong taste and slimy texture!

Benefits of fermented foods for Ostomates

There are many nutritional and digestive benefits for ostomates in consuming fermented foods and/or beverages on a daily basis. Fermented foods can help to:

It has been postulated that the lack of fermented foods in our modern day diets may be a contributor to the influx of digestive disorders related to lack of beneficial bacteria in the gastrointestinal tract. The so-called ‘good’ bacteria in the intestinal tract provide protection against pathogenic bacteria, and the lack of these beneficial bacteria may leave certain people, including those with an ileostomy, colostomy or urostomy, vulnerable to infection from pathogenic organisms.  Their absence may also make it harder to derive some essential nutrients from the foods that are eaten.  Ostomates in particular are often nutritionally depleted due to the illness and/or surgical and medical procedures preceding stomal surgery, and so any interventions that assist nutritional status are beneficial.  Even small changes can reap big rewards!

Fermentation of milk in particular results in several beneficial changes to the beverage, such as:

Therefore consumption of fermented milk in the form of yoghurt or kefir may be better tolerated and have greater nutrient levels than milk on its own.  Yoghurt or kefir can be suitable for those with lactose intolerance, as the lactose content is lower and the lactase level higher.  However, please note that it is the acids that are produced during the lacto-fermentation process that create this result, so any yoghurt consumed by those with lactose intolerance needs to be very acidic

Fermented dairy products introduce beneficial bacteria into the digestive tract, which can help to keep pathogenic bacteria at bay and guard against infectious illness.  Both milk and water kefir inhibit putrefying bacteria and increase beneficial organisms and nutrients.   As such, either form of kefir is referred to as a probiotic beverage. Yoghurt contains two or three strains of beneficial bacteria, but kefir has been found to contain as many as 27 different strains.

Therefore, kefir is a much more potent probiotic beverage and may take time to get used to.  When introducing fermented milk, it is important to start with yoghurt before transitioning to kefir.  The benefits of fermented vegetables are similar to those of fermented milk products in that enzyme levels and digestibility are increased, along with antibiotic and anti-carcinogenic substances.

Introducing fermented foods into the diet

Introducing any form of fermented food or beverage should be done very slowly to allow the digestive system to adjust, and is best achieved under the supervision of a person experienced in the process.   Fermented vegetables in particular are not meant to be eaten in large quantities but instead consumed as condiments to a meal.  This is because the fermented product introduces beneficial bacteria that may initially ‘fight’ with any pathogenic bacteria present and lead to slight stomach cramps, diarrhoea, nausea or vomiting.  These symptoms usually subside after a short period of time.  Ingestion of vegetables that have not fermented for at least 7 days can also result in bloating and poor digestion in those with sensitive digestive systems. Therefore it is important to assess each case individually as to the degree of imbalance between so called ‘good’ and ‘bad’ bacteria as well as potential degree of tolerance of fermented foods, and initiate the process appropriately.

Small quantities of fermented foods or beverages can be made at home in your own kitchen with relative ease, but they require frequent monitoring as the fermentation progresses.  I have some kefir grains that I share with interested parties, and I do so with the advice that they are like pets in that they need to be monitored and checked every day!

As you can see, there are many benefits for ostomates in consuming fermented foods and/or beverages on a daily basis. They can enhance the levels of good bacteria in the intestinal tract which then provide protection against pathogenic organisms. In addition to the extra nutrients that can be derived from these products, they also serve to assist digestion of nutrients that are harder for some ostomates to break down and absorb.  The acids that are produced in the fermentation of milk and vegetables can also be of particular benefit to older individuals, as they aid a digestive system that is becoming more feeble.  If you would like more information on fermented foods and their suitability for you, please contact me. 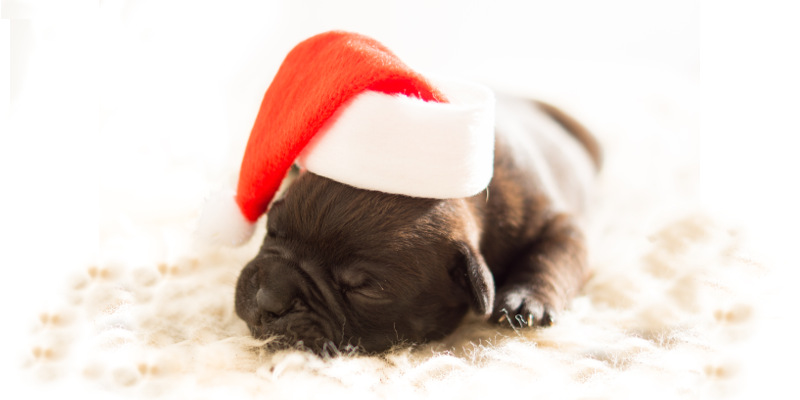 Surviving the ‘silly season’ as an ostomate

Christmas can be a wonderful time with lots of fun, festivities and joy.   It can be an opportunity to spend time with family, catch up with friends you haven’t seen... 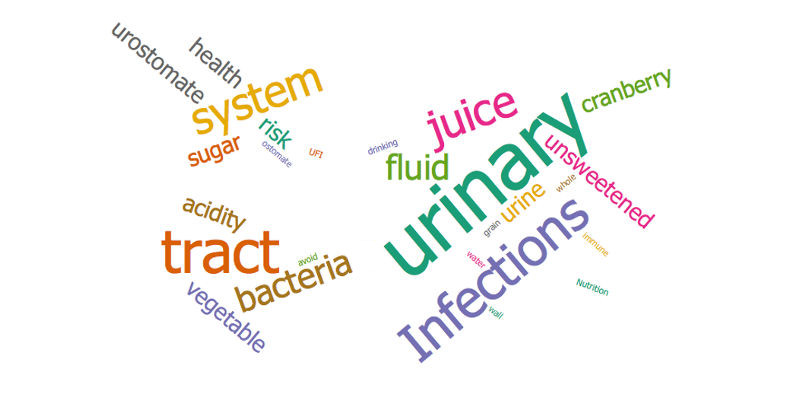 Urinary tract infections (UTI’s) are one of the most common bacterial infections, and can result in a person feeling very unwell with substantial suffering if the infection is severe.  The... 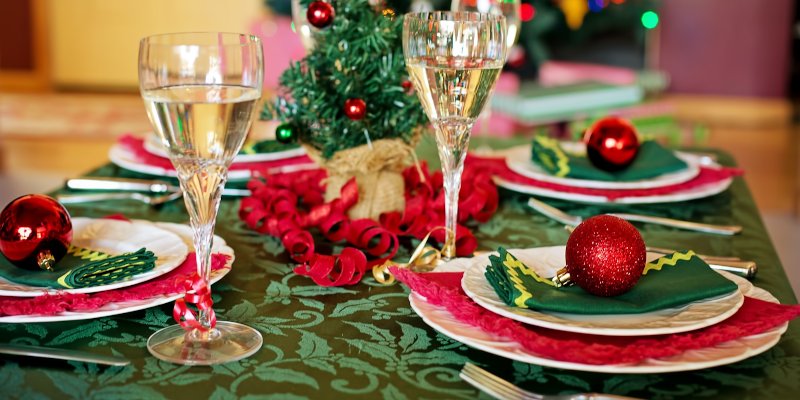 Christmas can be a fun time of year!  There may be lots of festivities and social engagements, opportunities to catch up with family and friends, and wonderful food on offer. ...